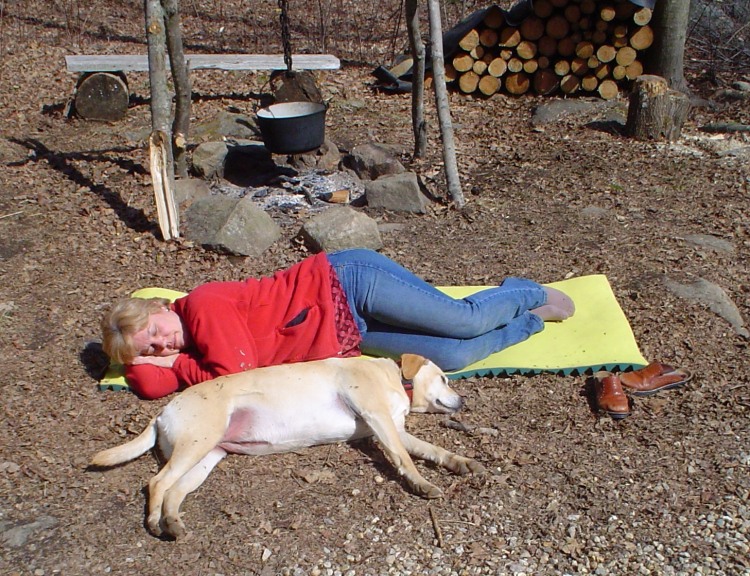 Joe snapped this incriminating picture of Pearl and I resting in the sun as he left to go collect sap. Really, though, I was working! What’s a girl to do while she’s waiting for the maple syrup to heat up for bottling? Yeah, I’m earning my keep…this maple stuff is exhausting work, you know!

We are in the middle of a sap run now, so we’ll be boiling and making syrup on Sunday during our open house.

Joe thinks this run is the last one of the season. You can tell the trees are almost done when both the sugar content in the sap and the volume of sap decreases. Sunday will be the last open house, and it looks like it may also be the last boil of the season.

Even though the weather looks less than stellar, we hope you can join us for the last hurrah of the 2009 sugaring season! Our open house is Sunday, March 29th from 11-4 at 572 Jackson Rd, Hardwick, MA.